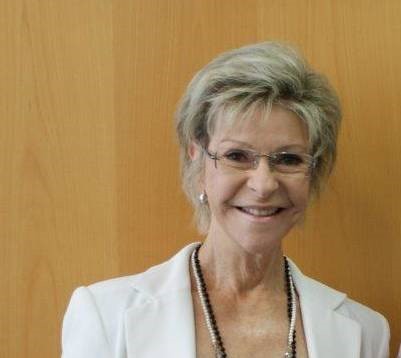 Honoured: Nicolette Norris has been appointed a Member of the Order of Australia for her work fighting for the rights of children.

Sutherland Shire resident Nicolette Norris has been appointed as a Member (AM) in the general division of the Order of Australia for her significant service to the community, particularly to the rights, protection and welfare of children.

Ms Norris is the vice chair of the National Child Protection Alliance Inc, which was formed by academics, researchers, child protection experts and protective parents who have become deeply and increasingly concerned about the extent and nature of the abuse of children in Australia.

For the past 10 years her mission has been to protect children from harm and to get changes made to the Family Law Act (FLA) and the modus operandi of the Family Court of Australia (FCA).

It is not unusual for her Saturday or Sunday evenings to be interrupted by a phone call from an anguished parent desperately seeking advice.

When mothers and children from country NSW have to visit Sydney for hearings or legal meetings, she opens her home to them and provide accommodation and food.

As a result of the successes she has had in getting children removed from abusive situations, she has formed a group called Young Survivors Against Child Abuse (YSACA).

“This has been very healing for them as they are finally believed and understand they are not Robinson Crusoes when it comes to being physically and/or sexually abused,” she said.

Ms Norris also took a group of them to meet with the Federal Children’s Commissioner, Megan Mitchell, who was moved by their stories and promised to look into the issues they raised.

Her success is largely based arranging meetings and forums with Federal and State politicians and taking victims of the system with her so they could explain their situations.

“This has been most effective and opened the eyes of many who previously would have disbelieved that Australia had a legal system so flawed and, in some cases, unjust and inhumane to the point of cruelty,” she said.

Ms Norris is involved, with the NCPA committee, with a push to get a Senate Enquiry into the FCA and FLA.

“It is concerning that judges are not bound by the normal Rules of Evidence giving them unbelievable and unacceptable power to make subjective decisions on what is, or is not, admissible and then making Orders based on only part of the available evidence,” she said.

“Court appointed psychologists and psychiatrists enjoy the same immunity from prosecution as the judges.  The UK has removed this immunity and so should Australia.

“I am deeply concerned at the number of Australian children currently suffering from Court sanctioned abuse, largely because of the deeply flawed principle of Shared Parenting whereby it is deemed to be in the best interests of the child to spend equal time with both parents apparently regardless of the parents’ behaviour.”